Something BIG is Coming!

Something Really BIG is Coming!

The second volume of Willakaville is on its way. More wackiness, more monsters, more Willakavilliness, more...more.

I am about 50% of the way through writing it. I estimate it will take me about 2-3 more months. I have learned a lot from writing the first book and believe this one will be even better.

Here is a short excerpt to get you ready:

The first time Jeremy went to Mexico, everything was new and different. He did not know what to expect and he was a little bit afraid. Now that he had been there several times, some of the newness had worn off. He was still excited, just less anxious, which was a good thing.
He had been to Puerto Vallarta, Mazatlan, Cabo San Lucas, Cozumel and his favorite city, Playa del Carmen. He was super happy when he found out they would be going to Playa del Carmen again this year. He really loved exploring the Cenotes. The Cenotes were underground caves. Most of them had pools of diamond clear water or slow moving rivers that were great for swimming.
It took him and his father a couple days to settle in. they had eaten some good Mexican food, gone to the beach, checked out the local shops and made friends with the hotel staff. Jeremy wished his mother could have been with them.
Jeremy’s mother had passed away a few years ago. He really missed her. They always had fun playing jokes on people. There was one time when they had caught an iguana and let it loose in the hotel restaurant at breakfast. They laughed so hard watching all the people screaming and knocking over their plates as the wait staff chased after the little scaly green monster scurried under the tables.
He was lost in a daze ad he imagined her while eating breakfast at the same hotel. A small voice awoke him from his daydream. It was a small Mexican boy, he held out his hand with a necklace dangling from it. It was comprised of a black leather strap and the pendant was an intricatelt carved stone cube. It looked to be made of turquoise and was attached with a bright sliver crown.
Jeremy already had his mind set on buying a new headlamp to use in the Cenotes. The one he wanted was completely waterproof and had five settings. He told the boy, “No gracias,” which meant “No thanks,” in Spanish. The boy grabbed Jeremy’s hand and placed the necklace inside. Then the boy said, “Es pour su adventura. Dos y dos, tres y tres, quattro, cinco, seis.” and ran off before Jeremy could do anything.
Jeremy sat there, puzzled, and studied the carvings on the pendant. They were not like anything he had seen before. Each side of the cube had a different combination of spirals on it. He liked it and decided to keep it and wear it. His father came back from the buffet and immediately noticed.

He said, “That is a cool necklace. But weren’t you saving your money for the headlamp?”
“Yes,” answered Jeremy, “I was. A little boy just came up and gave it to me. He said it was for my adventure and then said the numbers two and two, three and three, four, five six.”
“Hmm,” said his father raising one eyebrow. “It looks very nice. We will keep a lookout for the owner. You may have to give it back.”
Jeremy was a bit dissapointed, but knew his father was right. He thought about how he would feel if he lost something like that and saw it on someone else. “Sure dad,” he replied. “I think I will still wear it. That way, if it is someone elses, they will have a better chance to see it.”
His father nodded his head and began eating the delicious Mexican pastries. Jeremy put on the necklace and devoured his goodies. Just afterword, they went back to their room to collect their gear for cave exploration. They were going to visit some new cenotes today. Once everything was packed, they headed for the car rental shop.
Posted by Maton at 10:22 AM 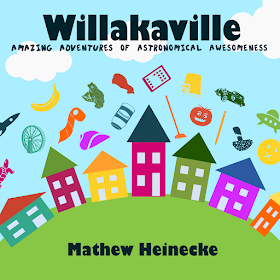